How to do Networking? - During the event

You’ve arrived at the event, so let’s jump right in.

Where are you going to stand?

TOP TIP: Stand near the food and drink, it’s where the people are AND can be a great conversation starter. “Those little square things with the red stuff on top were delicious, did you try one?”

If you’re looking at your phone during an event, it’s a signal to people that you don’t want to be disturbed. Put your phone firmly in your pocket and try holding something else in your hand instead, like a drink.

Be selective and dissolve elegantly

Use your time wisely, you don’t want to get stuck in conversations that aren’t valuable or going anywhere. The thing is, the person you’re talking too probably feels the same way but doesn’t know how to end the conversation. Dissolve it elegantly. A trick I sometimes use is to look above their shoulder and wave at “someone” behind them, then I can say “Oh I’ve just need to go and speak to this guy,  it was great to meet you” and leave. If you tell anyone I told you that, I’ll deny it!

Think of ways you can stand out. This could be something you wear - bright colours, a bow tie, a shirt with a slogan. Anything that can become a conversation starter.

Going to an event with someone can take a lot of the pressure out of networking. On the way to the event, discuss your goals for the event, who do you want to meet? This way you can introduce each other to the right people. Two people can cover more ground than one so your chances are higher. And your wingman can introduce you in much brighter light than you’d do for yourself. Make sure they know thing things you want to share. Finally, you can also help eachother out of awkward conversations, decide on an escape signal!

Have you heard of active listening?

Active listening gives the other person a great feeling. A lot of the time in conversations rather than hearing what others are saying we focus on what we’re going to say next. Active listening focuses on what the person is saying to continue the conversation.
When the person has finished speaking, ask a follow up question based on what they’ve just said and keep doing this. More than anything, you’ll gather a load of information so when it’s your turn you can speak in the right context to them and make it super relevant.

Lastly, remember just because the events over doesn’t mean your job is done. Next week, we’ll go through how you can keep the conversation going.

How to prepare for a networking event?

Who do you speak to first at an event? You go to a 600 person event, where do you focus your attention?!

What you don’t want to do is waste your time. Because when we waste our time at these events, that’s when we start hating networking.

The good news is, although we don’t always know who the attendees will be, we can always find information about the speakers.

And let’s face it, the speakers are normally the most relevant to the topic of the event, so they’re people we want to talk to.

We need to be clever here though. Timing is pertinent.

When a speaker comes off stage there’s normally a long queue of people waiting to talk to them. Does that sound like a good time to make your approach?

They’re popular people, they’re the reason most people go to the event. What if I told you there’s another option.

I’ll start with a story….

I was speaking at an event recently. When I got there, no one really knew who I was, I was kind of anonymous until I got on stage for the panel. So I had a bit of down time, trying to find my feet. Then, after I had been on stage there was a queue of about 15 people all wanting to talk to me.

Here’s the thing, everyone would have seen my name before the event, they all could have looked up my name or what jolt was, but they all just waited to hear me on stage.

What does that mean for you, and your networking?

Buck that trend. Look up the speakers, connect with them on LinkedIn and reach out. Find your gambit. What will you compliment them on? Podcast, Article, TedTalk, Tweet…...

Now,  when you’re at the event you can grab 10 minutes with them before they go on stage.

Be a conversation starter

Have you ever found yourself just nodding along to conversation at an event?

We all do it at times, but there IS a way to avoid it.

You want to think about the wider context of the event.

You know what the events going to be about, and who’s going to be there. It’s up to you to find the extra information and build up your knowledge of what’s going on in the industry.

Put it this way, if you were going to a publisher’s event and you didn’t know a certain company had just been acquired by the Wall Street Journal, you’d feel pretty awkward when everyone was talking about it, right? So make sure you’re in the know. Set up alerts for industry updates, read the latest industry magazines. Search hashtags on twitter.

All this information you’re gathering before the event will your conversations starters. And the more you know, the more credible you’ll seem, the more value you’ll bring to the interaction. Triple whammy.

You need to be ready with your pitch, but don’t pitch

Why do I say this? Because there are two kinds of pitch.

There’s your personal pitch, the one that’s all about you. And then there’s the pitch about you business. Depending on who you are these could be closely intertwined or not.

Your personal pitch should ALWAYS come first, before you talk about what you do.

Fact: There’s more to you as a person, than what you do

When you’re introducing yourself to people you want to be prepared with something interesting, something a little bit different or memorable that will make them think of you in the future.

You don’t need much but these things could be your differentiator after the event.

Here’s what’s in mine:

Nice, you’re ready to go. Except, actually being at the event is a whole new kettle of fish. More on that when the next lesson lands in your inbox in three days time.

Want to switch into tech?
‍
Switch is the industry leading course designed for career changers who want to break into tech. Want to make a Switch?
Make a Switch 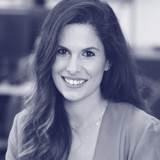 Nitzan Cohen Arazi
Next Level Networking
Lesson One
What is Networking?
Lesson Two
How can Networking help my career?
Lesson three
How to prepare for a networking event?
Lesson four
How to get the most out of the event?
lesson five
How to do Networking?
After the event